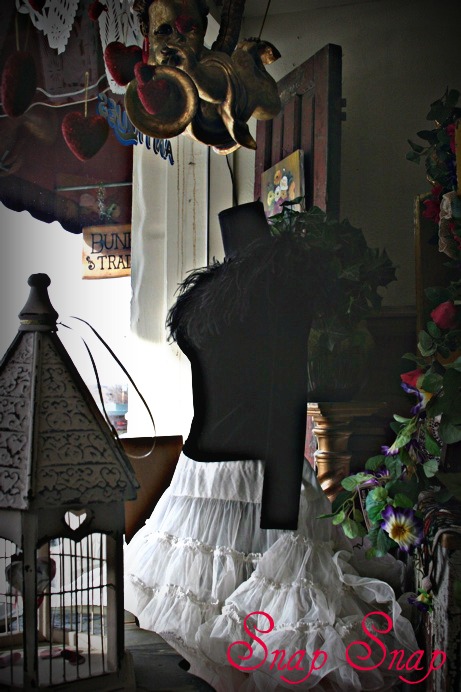 The first window I've really put together in the new space...and one that's been on my mind tucked way in the back for a little while now.  That's how my creative process is...things hide in there and pop out every once in a while.
(I just hope they do it at the right time.  So far, so good)
This window has a rather large gold Cupid (I've been saving forever oddly enough) blowing glittering red hearts out of his horn...and even though you can't see it (because it's darned hard to take a picture of the entire window...from the outside I have too much glare, and from the inside I need to make myself into a contortionist!) The floor is lined with fluffy red and white crinolines...which kind of makes it look like our lady there is standing in clouds.

For everyone who secretly (and not so secretly) rolled their eyes at my insane crinoline buying binge this year...I did find something to do with them.

And heavens, when you stop to think about it...the possibilities are really endless.

(mostly because I still have about 12 that aren't being used...because they were too colorful for this particular window.  Whee Anyway!!) 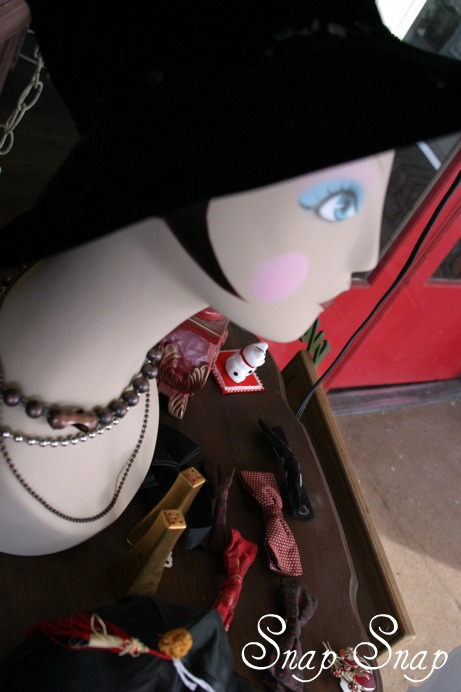 We have two large windows at the shop, so it should be both challenging and fun to dress them up.  There's nothing more fantastic than creating a vignette that makes people stop and look...and yesterday, I noticed that both of the windows have little finger, hand, and forehead marks all over them.
Which is usually indicative of people stopping to lean and peer against the glass trying to see inside...
What a wonderful compliment!
Written by Chickenbells at 7:34 AM 2 comments:

Categories: Our many tallents, Snap Snap...my dream job for the time being 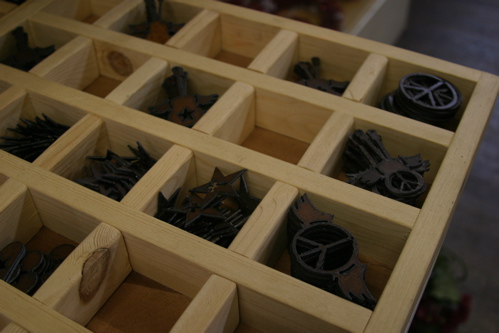 One of the new things we're carrying at Snap Snap are the most incredible little charms made by my friend Kari's metal fabrication shop here in Prescott.  There are tons of different shapes and designs to choose from, including but not limited to (of course):  Hearts (with stars, hearts, and piece signs in them) winged hearts and guitars, Guitars (with stars, hearts, and piece signs in them) Stars (with...well, you get the picture) Cowgirls and Cowboys...Flaming Hearts, Flowers, Clovers, Butterflies, Dragonflies...etc.
They are all ready to go and perfect to wear as charms on a necklace...and Kari has loaded us up with piles of Ball Chain that is just ideal for you to create your own jewelry design.  And the ball chain is incredible!  It varies in sizes from very small to very big (pictures to come)
Or you could use these to make words for signs or names or just about anything else...little tags for gifts, or complete gifts in themselves for those creative people in your life. 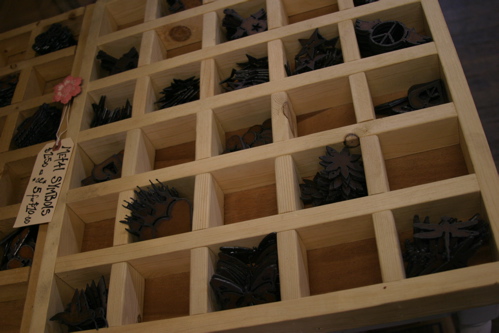 Oh Wait.  Did I mention that we also have an entire metal alphabet as well?!
We do!
And there will be more to come...different fonts and different sizes, and we will be able to do most custom work to fit whatever creative indulgences you may have.
The little metal charms are completely affordable being only $2.50 each or 5 for $10.00...
So, come on down and check them out, they've already been flying out the door...

Especially the ones with the wings!

Written by Chickenbells at 6:30 AM 4 comments:

Categories: Snap Snap...my dream job for the time being 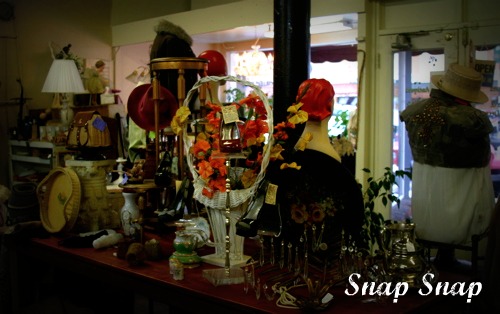 After about a week of moving, organizing, hanging...and moving large heaving things (like shelving, furniture, and all sorts of objects like that) we've officially opened the New Snap Snap on Cortez St Sunday January 2nd!
It is no where complete as far as we've had it pictured in our heads, in the land of imagination and creativity...which is a little surprising to me (I think sometimes I'm under the impression I can snap my fingers and everything will just magically come together in seconds.)  However, there's something you need to know about me.  I think the way I picture things in my head and the way they turn out in reality are very different.
And you know what?
That usually means that it turns out better and in ways I've never expected.
This is also such a large and open space the possibilities for how to arrange things is endless in my head and a bit overwhelming for me...thank heavens for my mother!  She has owned and worked in so many large spaces she comes up with the greatest ideas and awesome arrangements!  When I opened the other Snap Snap almost 16 years ago, the space could only really be laid out in a certain way and somewhere in my head I keep thinking that I walked in and everything magically looked like it did later when I was open.
*poof*
Instant store!
What I'm not remembering, is how many days I stood on top of a ladder painting...how I added and subtracted racks, displays, frames, mannequins.  And, as this space evolves, we'll be doing the same things...always rearranging always changing. 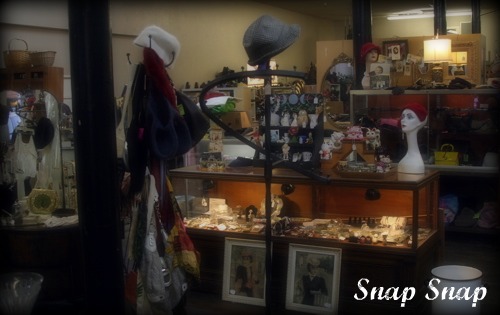 We are working on decorating and fluffing, as well as solving some pesky wall rack problems.  The walls in this old building are different than the walls in the other old building I was in, so they need to be addressed in a different way.  I don't have that knowledge, but I am working on meeting with people who do.
We still have to install dressing rooms.  I do have the three walls, and they just need to be secured to the space designated for them and painted...and there are two wall racks that need to go up, and when I left yesterday some extra shelves we aren't going to need at the moment were being taken to storage, so I am excited to get to the shop to see what space that opened up or a few floor racks to spread out into (because try as I might, I haven't been able to picture it in my head.) 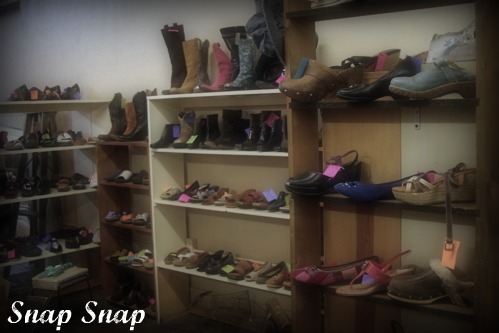 Did I mention during the middle of all of this moving and arranging and setting up shop that we had a rather large snowstorm and crazy Prescott deep freeze?
Well we did.  Which relegated me to walking everywhere I needed to go for 3 days.  Anything else I needed was saved until I felt safe enough to dig my car out and attempt to drive down my street and not go down sideways.  Luckily it wasn't that bad...after the first day.
We also had a major medical scare in the family...so it has been quite a week indeed.
But a good one, and the new shop will all come together in time in surprising ways in which we haven't anticipated.  Sure we have things to iron out, but after both my mother and I running shops for so many years, I think we can both agree that this is to be expected when owning your own shop.  There's always something to be ironed out and something to work on and improve.
That's what makes it yours.
So, we'll see you downtown in our new location on 133 N. Cortez!
Written by Chickenbells at 6:16 AM 3 comments: