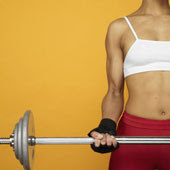 It's still happening...and usually during the wee hours of the day.

This morning after joyfully jumping into my work out clothes and skipping to the door with the keys in my hand (and faking it until I make it...by getting dressed, yawning a lot and stumbling towards the door...) I stepped outside into the brilliant pre-dawn of a new day (that part was totally true) and thought with the gentle breeze and the smell of the high desert I live in...that it smelled a bit like Anza Boreggo...which made me miss Rich. But, on the other hand, it made me feel like maybe we were a bit connected because we're both early risers, and I know he was going to get up and take an early hike today...but on the other hand still, it is an hour earlier in California, so I'm sure he probably wasn't up quite yet. But, I went with feeling connected anyway.

Cause' that's how I roll.

When I arrived at the gym, I noticed that I happened to be timing my morning with another man in my life. This man is an elderly gentleman, who was probably once very very handsome (I can say this with authority because he still is quite a looker, albeit a slow mover...) man. He held the door for me when he noticed me and winked...and put his hand on my shoulder to welcome me to my morning work out. I thanked him in a loud voice, enunciating my words and speaking slowly (I think he's a bit hard of hearing) He is such a nice man. He walks around the gym in between lifting weights, and has a smile, or a kind word for everyone. My favorite though, are his thumbs up. He thumbs up everyone...and I remember when I first started working out, he gave me a lot of encouraging words to boot.

The other day while I was sitting on the butter-fly machine working out my pecs (I know...don't I sound like a weight lifter?) he leaned over and said, "do you want to see something beautiful?" Usually with people in my age group or younger, I would have hesitated...but I said, "Sure! What?" He then pointed in front of us and said, "Look right into that mirror"

I usually try to avoid doing that when I'm working out and sweating. But, it was still very nice to hear that...so early in the morning, you know? Before I showered, did my hair or put my face on? I appreciate the flattery (even though I'm not the only one he interacts with this way...it's still very sweet)

I'm happy with the relationship I'm in...and this gentleman has asked me with a wink if I was married or had a boyfriend...and when I said yes, he exaggerated a big snap and a sigh. But one can't help but think of the perks of dating someone older...

I mean there are the obvious attractions of being with someone who has already been through what you've gone through (but, I suppose I could just get a mentor) Or the fact that I go to bed early and wake up late...so there is a shared companionship there. The fact that he's hard of hearing, so I could talk and ramble on, and if I said something stupid without thinking first, I would have some lag time to take it back or change it to something else. The whole senior citizen discount is kind of appealing as well in this economy. And I know of women who have married older men for money and stability...but, as I've giggled thinking about it, the biggest perk?

It has to be the handicapped license plate this man has...then you could park wherever you wanted.


Image abovenabbed from photosearch, cause I'm not sure you want to see me working out...
Written by Chickenbells at 8:21 AM

Plus you save all kinds of money on candles when you have your romantic dinners at 4 pm while it's still light out.

Old men have all the fun!

Ahh, one of the true pleasures in life, having an elderly man flirt with you. And if you're a good sport, you flirt back!

You know. . . I have this bad feeling my emails to you are going to your spam filter. Oh Noes. . .

Clearly, I need to resort to snail mail. :D

I'm so glad you clarified the source of that photo - I was going to ask if it was of you.
It's funny... the man at your gym sounds just adorable. But I imagine if he were 30 years younger, I'd think he was a creep. Isn't it great that getting older allows us a little leeway? That, and better parking spots. So true.

LOL what a sweet old guy. Better watch out though or the next place he'll put his hand is on your bottom :)

Ahahaha, Felicia is so funny! This fellow sounds like a very sweet man. I loved the whole look into the mirror bit. He must have been quite the charmer in his youth.