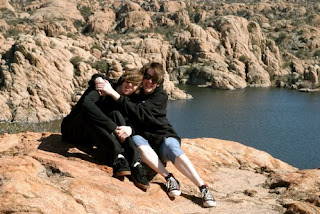 This weekend was a great one...

On Saturday, about 10 minutes before it was time to close Snap Snap, my old friend Marla and her son Matthew came to visit (not to suggest Marla is old...I've just happened to know her a long time) I was only a teeny bit delayed, because I forgot to do some necessary paperwork (ahem...) but, I was able to close sooner after that, and we raced to Foolsewoode to start the weekend.

I had planned on having a get-together, so the three of us went to work making all sorts of foodstuffs. Luckily, Marla lives somewhere that has a Trader Joes, has a cooler...and went shopping for all sorts of goodies before she got here. We made: 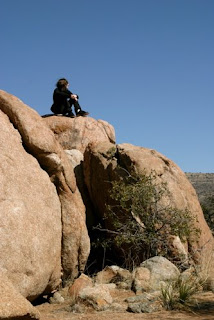 Can you say yum?

It was great! I don't usually make ton's of food when I have these little get togethers, because it's not that easy to do by oneself...but with the three of us? We made quick work of all the goodies!

Sunday was spent running to Snap Snap to help Marla find some good clothes (yes, you sometimes get special perks when you know the owner...like personal shopping in a shop all to yourself) We then ran out to Chili's for lunch with Claudine and Amy...as Claudine also kindly met up with us this weekend as well! And Marla really wanted to take Matthew rock climbing...because he likes that kind of stuff. Luckily I know a great guy who happens to also like climbing around in rocks. 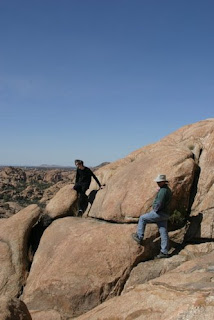 We think Matthew had a good time...but being a teenager, it's sometimes hard to tell (giggle...he actually smiled more than a couple of times while he was jumping around in The Dells) Then we headed home, gave Matthew some space and ran out for some evening snacks at The Prescott Brewing Company...which is always a great place for snacks. It was also incredibly busy and filled with very buff very handsome men...which is a little odd for Prescott. I guess there is some sort of training camp in town for firemen that is going on right now? My goodness.

Matthew and Marla left earlier today, after I took them to The Dinner Bell for a big breakfast. Marla wanted to go hop around on the rocks again, but I am just exhausted. I had such a great weekend with all the fun and such a challenging week last week...that I'm plumb tuckered out. I plan to just rest for the rest of the day before I jump out to the Airstream for my usual Monday night TV night fun...

I am so glad I got to see Marla, Matthew, and Claudine! Now that it is feeling as if it's finally getting warmer (we won't talk about the sleet that was falling on Saturday morning) I will be wanting to entertain more...well, and be entertained!
Written by Chickenbells at 12:33 PM

Categories: My Arizona, people I want to know forever...

Let me know the next time you whip those snacks up. Yum is right. Oh, yes, rock hopping is nice, too.